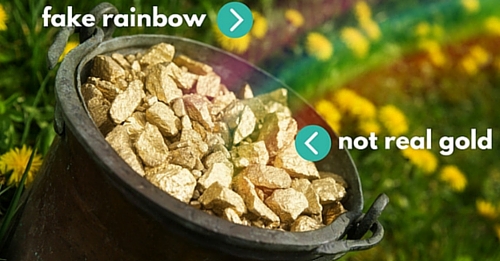 Over many years now, I have represented victims of fraud. People get ripped off every day in the United States and there are many reasons that con artists thrive in our society. There are all kinds of bad people who make all types of crazy promises that they never intend to keep and then don’t, and that is the essence of fraud.

But enough about those unscrupulous among us that perpetrate these crimes; my focus as a lawyer and a human being is drawn (for purposes of this article) to the good people that allow themselves to be taken.

How is it possible that intelligent people that have plenty of life experience and success can allow themselves to be taken in by an offer for something that clearly is too good to be true? Afterwards, because of course hindsight is always 20/20, it may be easy to review the original opportunity, dissect the results, and then opine on how the outcome should have been obvious… but at the time… not so much.

The first time I remember hearing a story like this was when I was in law school. One day I got a call from my cousin who invited me to participate in an “investment.” All I had to do was come up with $1,000, and through a series of exchanges, I would somehow end up with eight times my initial investment! It was something about me giving that $1,000 to a friend, and seven others would do the same, then that person would cash out, more people would come in, then my cousin would be next in line… and she would do the same, and eventually it would be my turn to walk about with $8,000. Easy, right?

As a broke student, the idea of making fast cash in what seemed to be a fool-proof scheme was very compelling. If you’re reading this and you think, “Hmmm, Ponzi scheme,” you would be correct – the ultimate it seems too good to be true scenario. And while I’m happy to tell you in the end I wasn’t roped in (sadly, or maybe fortunately, I didn’t have $1,000 to spare), I can also tell you I had that $7,000 profit spent a dozen different ways and agonized over not being able to get rich quick.

While the mitigating factor there — my being broke at the time — was relatively rational, the allure of an offer too good to be true is not linear or logical. It simply hits a strong, basic human yearning to get needs met effortlessly and as if by magic, rather than intentionally and by hard work. I can’t count the number of times where I’ve represented someone who proceeded to do business or otherwise become engaged with someone that promised incredible rewards with no real empirical evidence or clear support to prove its veracity. (This might sound familiar in politics as well.) We all know that if there’s a deal that seems too good to be true, then the likelihood that it will work out in reality is very low. And yet, people are duped all the time, almost as if they’ve taken a drug that releases all inhibitions and simultaneously erases all good sense…

… which of course, in a sense they have. A big ol’ dose of massive passive income is very intoxicating – even if it’s just a perception.

Brain chemistry comes into play, too.

I’ve seen this play out on the high end of the spectrum where I had clients that are multi-millionaires that invest in very high risk gambits in exchange for impossible returns on an investments. I’ve seen families devastated by their nearest and dearest luring them into impossible get rich quick scams with crazy promises, like 25% cash-on-cash returns. It’s these types of offers, in addition to the Ponzi scheme I referred to earlier, that lead good people to do stupid things; smart people to make bad decisions.

Moral of the story: The worst thing about believing in something that’s too good to be true is in the end, it always is.

That, and the fact that you knew it, too.

But then again, knowing and doing are often two different things, so always double check your gut by asking me to check mine. When you keep yourself honest, too good to be true doesn’t stand a chance.

ponzi scheme,
scam,
too good to be true,