The Top 8 Reasons You MUST Litigate 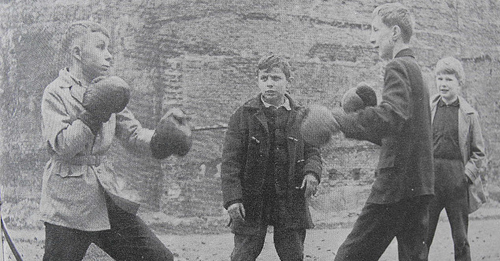 Pursuing legal action sucks time, money, and often it may seem, the very life out of you.

Am I telling you something you don’t know? I’m pretty sure the answer is no, as everyone knows that getting into a legal battle is not a small deal.

More difficult is how to tell the difference between those times when you absolutely must throw the first punch and swing a situation toward litigation, and those conflicts that are best solved before it goes that far.

When I was little, my father taught me a lesson that sticks with me to this day and informs this blog post.

He told me to “do everything that you can to avoid a fight. Negotiate, apologize, and even run if you must.”

But if you are cornered, he advised, “Clench your fist, throw the first punch, and make it count.”

As a kid, I paid attention to what went on in the schoolyard. Coming from New York City, it was a foregone conclusion that there’d be a fight at lunchtime or after school (or both!) nearly every day. First two people would stand off against each other and argue, and then someone would start chanting “Fight… fight… fight… fight!” and it was ON.

Sometimes the jeers and cheers were the fuel for the brawl, and in those cases, it was never clear whether or not there was any reason to be fighting in the first place.

If you’re getting fired up because OTHER PEOPLE are egging you on, I have three words for you: forget about it. (Or, depending on where you’re from, it could actually be one word: fugetaboutit.)

Smart people who want to keep their teeth (as a kid), or their savings (as an adult) and will back down at that point.

But if you’re the person standing there and you know there is something non-negotiable on the line BEYOND your pride, and it’s not about starting a fight – it’s about finishing one – then it’s GO TIME.

The same thing applies to litigation.

As a former schoolyard scrapper, and also someone who’s made his living for the last twenty years in litigation, I always counsel clients to turn to pursue legal action ONLY when there is no other recourse. But then it’s time to come out swinging.

Here are the top 8 reasons that say you must litigate:

1) When there’s enough at stake
I once had a client who owned a shopping center worth millions of dollars that was facing allegations that were both untrue and also potentially financially devastating. The cost of pursuing legal action versus what was financially at stake made the decision to litigate a no-brainer – he had far more to lose had he chose a path of inaction or even settlement.

Deciding if there’s enough at stake is 100% defined by the economics of the conflict. Your decision to pursue legal action should never be emotional or principally driven. When calculating the monetary implications, you have to factor in the cost of suing someone and going to trial. For example, you wouldn’t want to spend $50,000.00 to litigate a case worth $45,000.00 to you.

Other aspects of economic impact that aren’t as simple to calculate but that are easy to see include when:

2) When the other side is non-responsive
In any conflict you should always make an informal attempt at settlement. I know that I must be able to look my client in the eye before we litigate and advise him or her that we have done everything possible to avoid this outcome, but we have been left with no choice. So in the pre-litigation attempt to resolve the conflict, if the other side does not respond to your or your lawyer’s overtures, phone calls, emails, letters, etc. AND it’s clear that they won’t engage in a constructive discussion with you aimed at resolving the dispute, then it is indeed GO TIME.

3) When the other side’s expectations surpass your worst-case scenarios
If someone is threatening to sue you, and you’re done all you can to resolve it to no avail, then you have to take a close look at what they think the dispute is worth. For example, if the other side says they’ll settle for $1.5 million, but your lawyer and you calculate what the most the other side would get out of going all the way to trial, which they win… and it’s not more than $500,000, then the other side is not giving you any incentive to settle. They are asking for a fight, and in my experience, sticking to your guns to, wearing them down and introducing reality into their absurd expectations will usually pay off in a much more modest settlement.

4) When you need immediate relief
The classic case that perfectly illustrates this point is the story of an owner-landlord that leases a farm full of fruit trees to a tenant that is supposed to be caring for them and harvesting the produce. The tenant breaches the lease not only by not paying his rent, but also by refusing to harvest the fruit or to tender control of the property back to the owner. In this case, the owner-landlord has no choice but to go into court and ask for an injunction, which is what lawyers call “equitable relief.” This action is not so much about money as much as it’s about the court directing someone to do something or, conversely, ordering him or her to refrain from doing something.

Other instances that are related to immediate relief include:

In all of the above situations, time is essential, and any delay could have grave results. The court is the only option with the power and authority to effectively provide for immediate relief.

5) When you’re out of time
Let’s say you loan someone money, and that person never pays you back. Hopefully you have a contract, but even if you don’t, you may still technically have two years from the date of the last payment received or from the date of your oral agreement in order to bring a lawsuit. This is called the statute of limitations, which has a built-in expiration date: most claims against third parties or civil claims have two years until the ticking clock runs out. When you run out of time thanks to a statute of limitations, then you are also out of luck. In this case, you must litigate before you lose the right to recourse.

Note: Statute of limitations varies from state to state and claim to claim.  If this scenario rings a bell to you, and you are wondering about what the statute of limitations is for a resolution that you may want to pursue in a legal capacity, please contact me, and I’ll be happy to fill you in based on where you live.

6) When not suing would harm someone else and give rise to a whole new dispute
If you have a duty or an obligation to a third party, and you have subbed out some of the work and now your subcontractor is breaching his or her obligation to you, then you are in the unenviable position of having to assert a claim against your colleagues in order to fulfill your obligations. This situation gets complicated if it drags on too long and then you are the one that is facing a lawsuit from the third party. So dealing swiftly and decisively with your deadbeat subcontractor is the only way to prevail. In fact, the law imposes a duty on people in this situation to “mitigate their damages.”  In other words, you will make the matter worse by not addressing it proactively.

7)  When you are trying to resolve the dispute but you cannot get to the decision makers on the other side
Sometimes the only way to get the attention of the person with the authority to rectify a serious issue is to sue the company or other responsible party. A perfect example of this is a bank. Often banks are unresponsive behemoths that could care less about customer service. Many people find themselves on the receiving end of a lender who blatantly violates the terms of the loan (e.g. sending you into default when you are current on your obligations) and then refuses to respond in any way to your overtures to fix it. Calls, emails and letters go without response. When you file a lawsuit you quickly get the matter turned over to the decision makers. And believe it or not, the institution’s lawyers often encourage them resolve the matter (especially when the bank is dead wrong).

8) When the other side is going to file a lawsuit first if you don’t
Back to the schoolyard, where sometimes being the first one to take a swing is what saves you from sure devastation. This is a tough position to be in, because you are taking a calculated risk that says not only do you believe the time for negotiation has passed, but also that if you don’t file quickly, your opponent certainly will.

And if that happens, then they’re the plaintiff and will have the advantage of asserting the original claim, and moreover they will then be characterized as the aggrieved party for the balance of the litigation. So beating the other side to the punch is your only real option.

When you’re considering “the Litigate 8” – the top situations when you MUST come out swinging – the one thing they have in common is the necessity of being swift and decisive.  You can’t afford to sit on your hands, or sit on your rights.

In the coming weeks, I’ll look at each of these situations in depth, and give you solid examples and insider tips on how and when to fight for your rights – street savvy born on the schoolyard and proved effective in the courtroom.

when to file a lawsuit,
when to litigate,
when to sue,